The history of Baptist congregations in County Durham can be traced back to the mid-seventeenth century (Neil, 2006), but almost three centuries passed before a Baptist Church was established in Durham City. 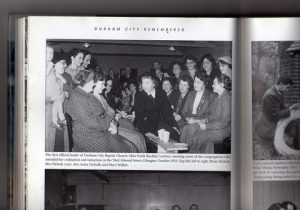 In 1949 a few convinced Baptists living in Durham began to meet together and to pray, sharing in the belief that a Baptist Church should be founded in the city. Initially services were held in the Shakespeare Hall in North Road – evening worship and afternoon Sunday School. In 1951 the church was officially constituted and later that year Joseph Skemp became the Presiding Elder. The following year the Sunday worship and other meetings moved into the St. John’s Ambulance Brigade hut (off Churchill Avenue) and the church continued to grow numerically and spiritually. In 1953 the church was in a position to have paid ministry and in September Sister Freda Buckley became Deaconess. For two and a half years, Sister Freda and the Church members worked together, until she married Derek Moon, a Methodist minister, and they went to serve in Jamaica. 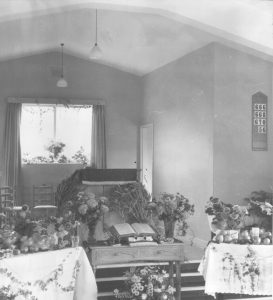 t in motion to build a church and to raise the necessary funds. A great deal of prayer and goodwill continued and the local authority offered the church land in Edge Court. Plans for the building, including a flat for the newly-married minister, were drawn up and passed. Thanks to enthusiastic help from practical friends the church was duly constructed and was opened in November 1959. The building debt was quickly cleared. Church membership grew and by the mid-1970s reached almost 100.

Over 60 years since its foundation, DCBC continues to serve the local community in Gilesgate and Durham City. From our weekly children’s activities to our one-off family events – such as the Comic Relief Ceilidh, Bake Off, and Body Shop night – we provide opportunities for fellowship and growth in faith. The most exciting recent development i 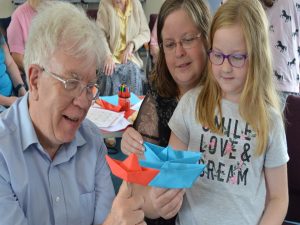 s the start of Café Church services on the first Sunday each month, which provide a more information opportunity for the community to worship together in an informal and friendly setting. These services are for all ages.

In addition, we are in the process of redecorating several of the rooms to make a more welcoming space for all members of our community. 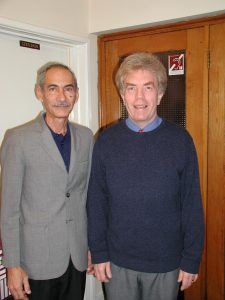 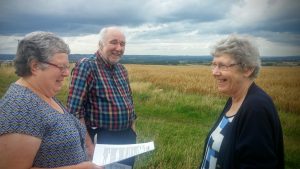